Joined Dec 28, 2004
·
4,302 Posts
Didn't Apple get busted not too long ago for making phones purposely slower with upgrades? ... in order to drive sales up? ... but some guy who worked at AT&T told me they all do that...whatta country!
► Show Full Signature
DS#3

Joined Jan 13, 2018
·
476 Posts
I upgraded to the latest iOS and haven't had any real issues with capability or performance. I still have to wait for the headset and bike to connect before I can plug in the iPhone, but that's no different than what I had before. I tried the "plugging in the iPhone ahead of other items" and that didn't work for me. Complained about no connected headset even after the headset was connected. Had to unplug and replug the iPhone. It's okay as I have a method to invoke the goodness of ACP and I'll stick with that.
► Show Full Signature
2018 Goldwing Tour DCT #001319
IBA Member 72242

valkraider said:
Fair enough, I don’t know you. That is true.

But you did write “some little kid in Bangladesh who got a lap top from charity org., could have been a drunk chinese dude they hire for the praxis of replacing American workers for less money” which bothers me quite a bit as I run several global software development teams and have people around the world who are amazing individuals, and some of them far more talented than their American peers.

In general - system interfaces such as this are complex, and there is ample opportunity for small defects.

I had good luck with the Goldwing 2020 update for Bluetooth stability, but I have not yet tried with iOS 13.4 since it just came out and not only has our weather been crummy for motorcycling - but we’re under a stay-at-home for COVID-19 so I am limiting my motorcycling anyway (because my luck is now would be the time something happens on my ride and then I put pressure on an already burdened hospital and ems system).

Sent from my iPhone using Tapatalk Pro
Click to expand...

TheBatman said:
So, has anyone else experienced this issue after updating iOS? Was it 13.4 or 13.4.1 that borked it for you? I've been holding off updating but since I haven't seen anyone else with an issue...maybe I'll go ahead...
Click to expand...

Nando said:
Didn't Apple get busted not too long ago for making phones purposely slower with upgrades? ... in order to drive sales up? ... but some guy who worked at AT&T told me they all do that...whatta country!
Click to expand...

What happened is this:

As lithium batteries age, they lose their power.

Apple found that in iPhones with old and degraded batteries, when the phone was doing something where the processor demand would spike - if the battery was degraded beyond a certain point it could not supply enough current to satisfy the processor during the usage spike and the phone would just shut off.

To a user, this was a seeming random event. Apple felt that was a bad user experience, and to mitigate it they put in code that would throttle down the CPU speed if the battery in the phone was degraded beyond a certain threshold.

Now - what they got “busted” for is they never really told anyone the details and so when it was discovered it looked like they were just slowing down old phones. Apple also never really gave users an option.

So to fix that - Apple now has clear details in your phone settings about the condition of your battery and it’s impact on performance, and they also added a setting that allows a user to turn off that throttling (at the risk of random phone shutdowns). You won’t see the setting to turn it off until your battery is degraded below 80% of original capacity.

Apple should have been more clear when they first added the throttling to the OS what they were doing and why.

Now - in general - new software versions, especially OS versions, from any vendor on any hardware will get slower over time. There are reasons for this and they are universal.

First is that new versions usually introduce new features and fancy new stuff. Since hardware gets more powerful every generation - faster processors and faster storage and more memory and capacity - operating systems and apps will get features added to take advantage of it. On older devices the software will run slower because those devices are getting pushed more and more to their limits with software that is doing more and more stuff.

Sometimes hardware can be upgraded to help, sometimes it can’t - so eventually new versions of an OS just seem too slow to use on old hardware.

One other common reason is that every time someone upgrades an OS - there is garbage and cruft left behind. That baggage can sometimes cause the software to run less efficiently or cause other problems. And it gets worse upgrade after upgrade. The solution here is to do a “clean install” where the device is wiped and installed with the latest version of software from scratch. That is usually the best way to do it but is a serious pain in the butt because you lose all your settings and configs and many other things have to be re-set up on the new version. So most people just upgrade existing versions over and over and slowly that can corrupt performance of devices.

One little thing people don’t realize too is that immediately after installing a new OS there can be lots of stuff going on in the background for a while which also slows the device - like re-indexing or updating file versions or other actions. These can make the device seem slower at first and people really key in on that as they explore the new version looking at what it can do. Eventually those background tasks will finish and free up resources.

There are hundreds if not thousands of features in iOS 13 that did not exist in version 10 or 11 - and there are hardware features in new phones that iOS 13 takes advantage of but don’t exist on older hardware. 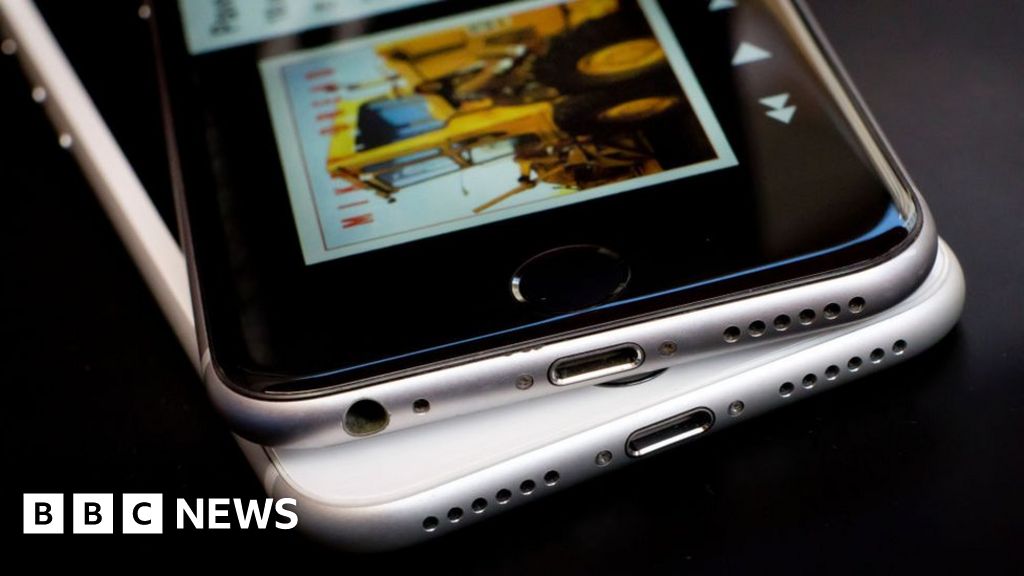 Apple agrees a payout over allegations it deliberately slowed down older iPhones.

Nando said:
Apple settled for 500mil. The battery thing appears to be their defense. I wasn't at the trial, but this is what BBC report about it

Apple agrees a payout over allegations it deliberately slowed down older iPhones.

Yes, for exactly the reason I stated above.

500mil is like $1 per affected phone. The whole thing only benefited the lawyers.

They also implemented a better battery replacement plan, and gave away replacements for a certain period of time.

People like to look for conspiracies where there are none.

But we digress - the thread is about whether anyone is having issues with iOS 13.4.1 and the Goldwing.

I don’t know. I am in project mode:

Nando said:
What are you working on that indecently naked creature on that pic?
Click to expand...

The parking brake interlock and flasher were significantly more work and challenging install than I would have preferred.

The lights have added complexity because I want to run them through the isolator block, and I am also OCD - but otherwise have been a relatively simple install.

That was before that pic.

Since then I dropped a part into the plastic which necessitated having to get all the way down to removing the top cover - so yeah, that’s annoying.

Also, my multi-function fog lights have some incorrect fasteners so now I am on-hold until the company resolves that issue.

Then I have to reassemble 2500 pieces of Tupperware.

I am not fond of how challenging it is to get to some simple things that Honda could have exposed more easily or made fewer body parts completely interdependent. I have only ever owned one other bike covered in plastic (a 2006 Kawasaki Concours) but it’s plastic parts were fewer and less like a puzzle.

This Goldwing is a ridiculous puzzle of plastic.

Two things to remember in life: Take care of your thoughts when you are alone and take care of your words when you are with people.
21 - 32 of 32 Posts
Join the discussion
Continue with Facebook
Continue with Google
or sign up with email
Recommended Reading
Read More
Read More
About this Discussion
31 Replies
14 Participants
Last post:
Nando 1 mo ago
GL1800Riders Forums
A forum community dedicated to Honda Goldwing owners and enthusiasts. Come join the discussion about performance, modifications, touring, troubleshooting, maintenance, and more!
Full Forum Listing
Explore Our Forums
General MC Message Board GL1800 Tech Board Darkside Riders Gl1800 Trikes 2018 Goldwing Board
Popular Communities