cruise_carter said:
Although I've been riding Harley since 1979 and very few years without one in the fleet, I don't have obnoxious (to me) pipes on my bikes. Since this pic was taken have put on a mellow sounding Vance & Hines pipes.
Lighting on the back of this current Harley is stock with exception of fender tail light below licence plate.
It was regular incandescent light and added the LED light from HD.
The strip lighting on tourpak is running/brake/turn signals.

Adding the filler LED lights in the openings between fender and saddlebags and the saddlebag LED lights which are horizontal below bag lids in the spring.

Will give me tons of lighting on back besides my riding gear.
I generally ride at the back to keep the group together so that they also don't have to stare in the lights.

My ST1300 has stock lights along with Hyperlites mounted. Have the Honda factory spoiler (running and brake) to add to its pack in spring.

The Goldwing is lacking in lights. Adding the socalmoto sequential turn signals to bottom of bags along with Kisantech Tailblazer modules.

Like to be seen front/rear/and sides.
Hi-viz gear helps.

Just my opinion but I've been taken out by drivers in cages.
I may look like a UFO but at least they see the UFO...

a friend rides a Harley Ultra Limited similar to mine but black, with 'smoke' LED lights, black jacket with black helmet. He gets to ride in front of me.

Dan18960 said:
I wish finding hi-viz attire was easier. I wear a hi-viz mesh jacket during the riding season and wish there was a similar selection for cooler weather riding. 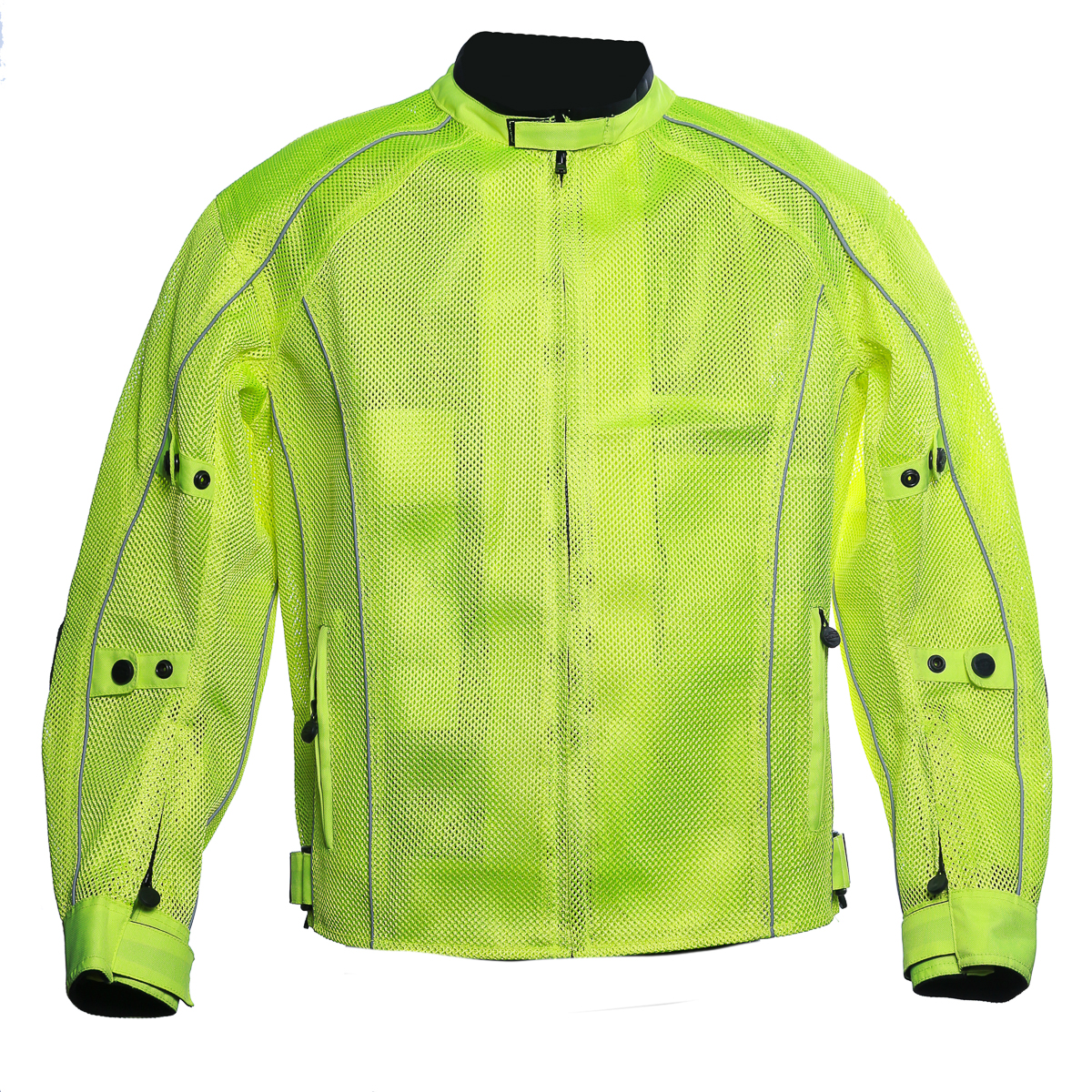 Summer Riding Motorcycle Jacket is designed only for summer. This jacket outer material Mesh is constructed in large holes for smooth Air flow as well as All pockets. Very light in weight. Features: 600D Outer shell Mesh. Reflective piping all around the Jacket for better visibility.Soft CE...

I have the same issue.
I wear a 5 or 6 x, and finding winter gear true to that size in high viz is hard.
I recently ordered a black leather winter jacket and fits great as well as keeps me warm, but don't like it being black.
I actually ordered a high viz vest from Amazon to wear over it.

· Registered
2018 DCT Tour Pearl Hawkseye blue
Joined Feb 10, 2006
·
2,700 Posts
In November of 2005, my wife unexpectedly told me to get the new Wing I wanted. My 1995 Goldwing was sold and on December 5, brought home my Titanium Wing. LOVED IT! Fast forward 5 or 6 years. Returning home on the interstate in a pretty heavy rain. I came upon a set of Goldwing lights ahead of me, but could not tell what color it was until I was very close to him. I was shocked to see it was Titanium, just like mine! I started that day considering selling my beloved ‘06. I spent several months looking for motorcycles in inclement weather, just to see what stood out the best. It was a toss-up between white and yellow. My preference is white, as it seems more noticeable. (I bought an’08 in Pearl White.) My current Wing is a Blue 2018. I love the color, but, I am currently looking for a painter who is a gun enthusiast and likes to trade.

I have added over $800 of visible lighting to both the front and rear of my ‘18. I have a Whelen TIR3 as an additional brake light. I wear a GWRRA jacket with a lot of Hi- Viz. Anyone who can’t see me coming or stopping is in bad need of a new seeing eye dog.
My out look is very simple: like it? Wear it. Don’t like it? Don’t wear it. Either way is fine with me.

· Registered
Joined Sep 30, 2016
·
4,179 Posts
I drive a road used by bicyclist almost everyday when I go for my daily walk in a nearby national park. I noticed long ago the bicyclist wearing the yellow or green shirts were far more visible. Especially at distance.

LDimick said:
I said IF you have a trunk.

You can't, or at least should not, equate riding around with hi-viz to walking around.

You're right about 360 degrees. While riding the two primary views that drivers see are what? Rear and Front. The sides are not that big of a deal. By the time they see your sides it is too late for them to avoid you. And what can they see from the front? YOur lights and your windscreen and maybe the top of your helmet. Your windscreen and fairing are going to hide most of your hi-viz.

Personally, I hope your hi-viz works and people can see you/me/us.
Click to expand...

I agree, hi viz is definitely a tool in the box for some motorcycles, but IMO to a lesser degree on the Goldwing. I wear it in low visibility conditions on unfaired trunkless motorcycles, but seldom wear it on my Goldwing. I don't believe if someone can't see a 1/2 ton, fully faired, multi headlight, multiple taillight,, motorcycle, there is probably a slimmer chance of seeing the hi viz I would be wearing.

WVMANDINGO said:
I agree, hi viz is definitely a tool in the box for some motorcycles, but IMO to a lesser degree on the Goldwing. I wear it in low visibility conditions on unfaired trunkless motorcycles, but seldom wear it on my Goldwing. I don't believe if someone can't see a 1/2 ton, fully faired, multi headlight, multiple taillight,, motorcycle, there is probably a slimmer chance of seeing the hi viz I would be wearing.
Click to expand...

· Registered
Joined May 6, 2007
·
4,340 Posts
We have several other bikes and have attempted to add some visibility to the rear. After TWICE being rear-ended at stoplights, whilst wearing hi-viz jackets and white helmets.

The extra lights on the license plate area are simply DOT LED side marker lights from the local truck stop. The mount is a small piece of sheet metal, bolted in with, and behind the license plate.

Interesting to note that since installing the flashy brake lights that (for the most part) cars seem to keep a greater distance behind us.
R

· Registered
Joined Feb 12, 2020
·
242 Posts
The wife and I wear hi viz lime yellow Aerostich suits. Once, I was waiting in a convenience store to check out. A total stranger came up to me and shook my hand. He said "Thank you for wearing that. I can see you!" I was blown away.

I have no doubt that it attracts attention when it can be seen. I just don't believe that it is seen more than the Goldwing itself in the fore and aft positions. I have several pictures of me taken while riding the Goldwing and it's rare that you can even see what I'm wearing except from the side. The same is not true of pictures of me taken on my cruiser, my entire torso can be seen, making hi viz more effective.

BTW I'm 6'4 240lbs an can barely be seen at times behind the fairing. In heavy fog or rain I turn on the Hazzard lights. Once coming across Black mountain I was caught in one of the worst fog ever, other riders behind me said the lights definitely made me more visible. 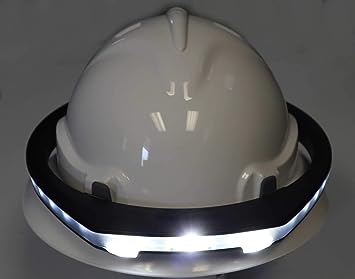 · Registered
2018 DCT Tour
Joined Sep 26, 2020
·
1,367 Posts
The greatest value of my hi-vis jacket? For once in my life, I BOUGHT SOMETHING THAT I CANNOT LOSE !!!
Love my hi-vis tape measures too. Much harder to lose them on the job site. Hmmm makes me wonder: do they make high-vis paint suitable for cats?
A

Just ask them and they'll confirm this !

Aardvark said:
Just ask them and they'll confirm this !
Click to expand...

And they have the longest memories for stupid s**t, things a normal guy would never remember thus cannot dispute. It’s like Hi-Viz in their memories.

· Registered
2018 GL1800 6sp
Joined Jul 8, 2021
·
541 Posts
I used to think Hi-Viz was the answer, until I was told that the reason Law Enforcement (at least locally) wear a white helmet is because it can be seen the best. So ever since then I've worn a white helmet. I do have a hi-viz vest for walking late at night if I'm not able to walk on a sidewalk and or I toss it on top of my jacket while riding the GL. IMO, unless its from the side (and the % is lower your going to get into an accident on a motorcycle from the side) I'd rather my motorcycle be visible from the front/back than me riding it. That being said, my helmet is white since you can see it from the front/back even with a trunk.

· Registered
Joined Jun 30, 2019
·
241 Posts
Helite
air bag in high viz. This is all black Olympia winter gear. Recently I used my motorcycle budget for about three years and bought a Rukka Rimo R suit that has some high viz. Amazing gear. I wear high viz gloves as well and use hand signals much of the time ( tip from Cycle Cruza).

JK28 said:
I'd like for someone to come out with some nice reflective stickers like I had on my FJR saddlebags (think they were made by Black Hills Motor)
Click to expand...

I wear white helmets these days.
I used to ride with black helmets for the longest time but in the sun it just helps cook what few brain cells I have left.
White is very visible (just a bonus)
41 - 60 of 98 Posts
About this Discussion
97 Replies
51 Participants
Last post:
WVMANDINGO 1 h ago
GL1800Riders Forums
A forum community dedicated to Honda Goldwing owners and enthusiasts. Come join the discussion about performance, modifications, touring, troubleshooting, maintenance, and more!
Full Forum Listing
Explore Our Forums
General MC Message Board GL1800 Tech Board 2018 & Newer Goldwing Board Darkside Riders GL1800 Classifieds- 4 Sale by Owner