justbiken said:
I can tell you my experience with protective gear, I normally did not wear it other than gloves and a Shoei 3/4 helmet.
In fall 2018 I went for a ride on my 2014 Garbage Davidson Ultra Limited which I had ridden 30,000 kms , including tail of the dragon that year.
It was cold out so I put on my Kevlar lined jeans, a pair of hd chaps, a heated jacket, an hd leather riding jacket, boots and leather gloves. After a few miles my hands were cold so I switched to the hd nylon gloves made for riding in rain. Approx 10 miles from home on a perfectly good highway that was dry, with no wind, that piece of garbage decided to go into the most violent shaking in the front end one can imagine at 70 mph. That's the last thing I remember. When I woke up I was on a stretcher in an ambulance with life threatening injuries.
The gear did its job with the exception of the hd gloves which came off right away, my hands were a total mess and it took months to heal the injuries. The but of the kevlar jeans was torn open but the kevlar was entact. The chaps did their job even though the zippers were torn open in numerous places down both legs. The leather jacket was shredded in places but did its job. The helmet did its job well except the shield tore off and I got some minor facial injuries. I was exremely lucky to have survived this crash. And for the garbage davidson lovers, the bike was meticulously maintained and there was nothing wrong with it when checked over after, it had been in an hd shop 2 weeks before for brake pads and a general check over.
I now ride a 2018 GW and full gear at all times, no matter what the temp. View attachment 365415 View attachment 365416
Click to expand...

So very glad you are here to share your experience. It is always best to dress for the slide rather than the ride. Many in my riding group poke fun at my full gear all the time, without exception, no matter how hot. This is exactly why. I have a friend who had a similar experience, front tire picked up a nail, slowly lost pressure, at 75 MPH the bike went into violent tankslapper. He was not in full gear and 30 years later, he still wears the story all over his body.

Once again, so very happy you are here to share. Dress for the side, Enjoy the ride!
► Show Full Signature
Navy Veteran: MM1/SS
Avid Motorcyclist for over 40 years
G

justbiken said:
...
The gear did its job with the exception of the hd gloves which came off right away, my hands were a total mess and it took months to heal the injuries....
Click to expand...

Any advice as to what gloves might be better. Currently I am just using these: 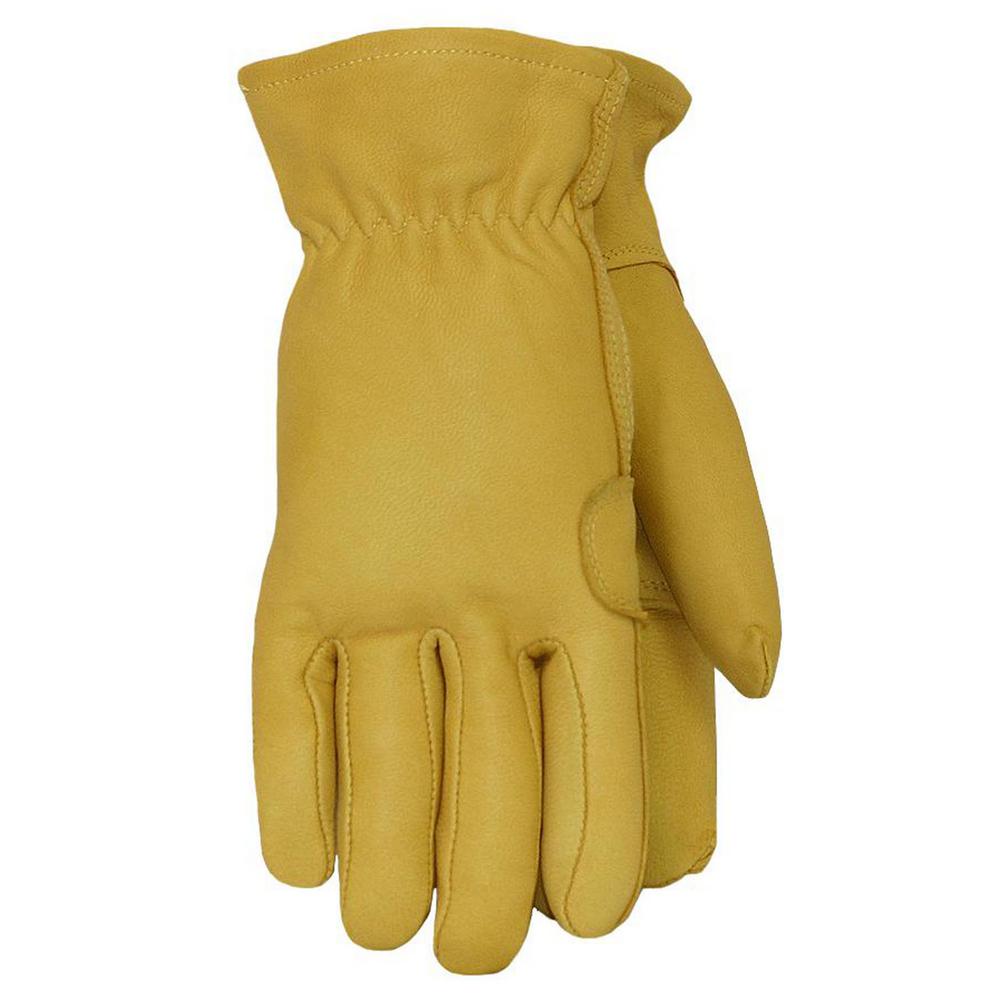 Deliver excellent durability, wear and comfort to your hands with the addition of this Midwest Gloves & Gear Goatskin Gunn Cut.
www.homedepot.com

Joined Nov 26, 2006
·
564 Posts
I'm a 'me too' on gloves, I wear Elk Skin gloves that will provide some protection from an Off situation... better than nothing.

I have several pairs of Riding Gloves, none of which I can put up with, as they are so thick, they make my hands shrivel up in pain trying to hold onto the hand grips.

I'm an ATGATT guy, many have seen my 'Off' picture where the semi merged me into the center median wall.

Joined Oct 12, 2011
·
553 Posts
This guy could use either a phase change or evaporative cooling vest. He probably needs some advice on gloves.


I know he traded up to a Goldwing (Rune) shortly after this pic.

gdb069 said:
Any advice as to what gloves might be better. Currently I am just using these:

Deliver excellent durability, wear and comfort to your hands with the addition of this Midwest Gloves & Gear Goatskin Gunn Cut.
www.homedepot.com
Click to expand...

gdb069 said:
Any advice as to what gloves might be better. Currently I am just using these:

Deliver excellent durability, wear and comfort to your hands with the addition of this Midwest Gloves & Gear Goatskin Gunn Cut.
www.homedepot.com
Click to expand...

A couple of years ago, while browsing at local motorcycle dealer's showroom, I've "discovered" a gloves brand called Five Gloves.
In my opinion they are a good combo of price and protection (several models on Ebay for sub-$40). They also fit my hands very good...but your experience might vary, of course.
I liked the fact that not only they have a knuckle protection (a comfortable yet not ridiculously looking one) but also a hard part at the bottom of the glove (close to the wrist) that's made to slide in a case of fall, rather than twist and ripp off the glove off a hand.
So far we've used their RS3 model (both men model for me and women model for my wife) and I just ordered and received a model called Sport City which is perforated leather short gauntlet (attached photos of RS3 and Sport City).
For cold weather riding I have long gauntlet leather Firstgear gloves, another manufacturer with a good combo of protection and price.

Sent from my SM-G950U using Tapatalk

Joined Aug 5, 2016
·
140 Posts
I'm a MotoPort convert. I've been wearing their stretch Kevlar pants for over a decade and have been thrilled with them - I wear them all year, both as overpants and as my only outerwear, depending on the weather. I've been down in them twice. Once they needed repair, and the second time you could not tell I'd been down.

I now also wear their mesh Kevlar jacket. Same deal - this is my year round jacket. Cold, heat, humidity, arid - doesn't matter, it works well for me (I do have heated gear for when it gets too chilly for just the liner to keep up).

MotoPort builds your clothing to your measurements, so you get the right fit. Fully customizable for pocket design, placement, high-viz strips, etc. Highly recommended.

Joined Oct 15, 2016
·
41 Posts
The AGATT is such a personal choice. I can't stand the bulk on short 5 mile errands, but wear it on the main roads around cars. I would stop riding if I were in that much fear. I am prepared to live with the consequences. I have an F350 when I feel vulnerable.
► Show Full Signature
2012 GL1800
J

Joined Jul 16, 2016
·
81 Posts
Having experienced the pain it caused for me and my family seeing it, I can tell you it has nothing to do with fear, its just first hand knowledge of how quickly things can go from perfect to real bad and it's not pretty at all.
41 - 50 of 50 Posts
Join the discussion
Continue with Facebook
Continue with Google
or sign up with email
Recommended Reading
Read More
Read More
About this Discussion
49 Replies
32 Participants
Last post:
justbiken 2 mo ago
GL1800Riders Forums
A forum community dedicated to Honda Goldwing owners and enthusiasts. Come join the discussion about performance, modifications, touring, troubleshooting, maintenance, and more!
Full Forum Listing
Explore Our Forums
General MC Message Board GL1800 Tech Board Darkside Riders Gl1800 Trikes GL1800 Classifieds- 4 Sale by Owner
Popular Communities